Own and third party DNS

3.6 of 5 Stars (284 customer ratings)
There are 284 customers who found ZenMate VPN on our site rated the product. 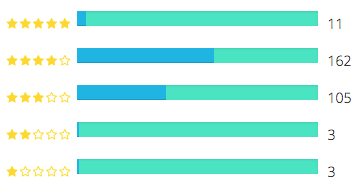 Maria  06/05/2018
I am extremely satisfied! I have been using this VPN client for six months now, and have never had problems with it. It’s worth the money, no doubts!

The company ZenMate was founded in February 2013. This makes the company one of the established VPN providers. ZenMate has its base in the German capital of Berlin. The VPN network has continuously expanded over the years and now comprises multiple servers in over 30 countries.

ZenMate encrypts all data transfer with a 256-bit-AES encryption, improving security and anonymity when surfing. Aside from ZenMate VPN, the company also offers ZenMate Sense, a tool to optimize mobile device security, and its ad-blocker software ZenMate Pulse. ZenMate additionally offers DNS leak protection, making it impossible for unauthorized third parties to access the data. Users can choose PayPal as their payment method to make it harder to trace the purchase.

The official website of the provider offers an extensive knowledge database, elucidating the operation and installation of ZenMate. The knowledge database doubles as a user forum. ZenMate additionally offers a 14-day money-back guarantee, making it possible to test the software out free of risk.

The coolest series are no longer premiered on television, they are first broadcast on the large streaming platforms of Amazon, Maxdome, or Netflix. Many well-known series such as Game of Thrones or The Big Bang Theory are first only available on the local markets. It can take months or even years before the synchronization for other countries is completed and the series are available there as well. It is also not possible for streaming users from other countries to access this content, due to IP blocking. Fans of basketball, football, or the Champions League are even worse off: These live streams cannot be seen from other countries due to licensing issues.

Users can easily bypass the IP barriers of streaming platforms using VPN software. The actual IP address of the user is encrypted and his/her virtual location changed. The streaming platforms can therefore no longer see that the VPN user is in another country and do not block access. These allows VPN users to immediately access all films, series, and sports broadcasts. The users no longer need to wait for months or even years.

ZenMate customers can access plenty of free IP addresses and virtual locations, as ZenMate offers a multitude of servers at more than 30 locations all over the world. The VPN servers stand out with high performance and a maximum download speed of up to 61 Mbit per second. There is no limitation in data volume. This makes ZenMate perfect for streaming, even UHD content can be streamed smoothly. The VPN software can always and easily be used on mobile devices using the ZenMate Sense app.

Most content offered through file sharing infringes on certain laws. They are not allowed to be offered on large platforms like BitTorrent or uTorrent because of copyright restrictions. Users who download or upload protected series, films, music, or programs run a huge risk. Many Internet providers record the activities of their customers and pass on these data to authorities if need be. This informs them of this illegal file sharing activity, after which they can start the necessary legal procedures. It usually only takes a few weeks until users receive a hefty fine.

Sharing files directly and without protection is very risky. It should be avoided today. VPN software – that allows the P2P connections necessary for file sharing – changes this. The VPN client encrypts the IP address of the user and reliably protects his/her privacy. This makes sure that the activities do not fall into the hands of the authorities subsequently ensuring that no fine ever reaches the user.

The VPN client of ZenMate enables very high download speeds of up to 61 Mbit/s and upload speeds of at the most 45 Mbit per second. Users additionally benefit from unlimited data volume. The company must comply with strict data storage regulations as it is headquartered in Germany. This means that ZenMate needs to record and store user data and activity. No other companies can, however, access these data, as the company uses its own DNS structure. Premium users benefit from the useful kill switch function that automatically shuts down the file sharing program in case of connection lost.

Users who have kept up to date with IT news over the last few years know that governments in some countries filter Internet traffic using firewalls and censor or block certain websites and services. Some very well-known websites like Facebook and Twitter have already been the subject of these restrictions. Neither inhabitants of these countries nor tourists or business travelers can access the censored content in countries such as China or Russia. This type of censorship of course especially affects journalists and seriously influences media outlets.

Users who do not particularly enjoy such censorship simply use a VPN software. This frees up Internet access in all countries without restriction or blockades. The VPN client encrypts the IP address and changes the virtual location. This makes it impossible for country-specific firewalls to restrict or block Internet access. Users can additionally browse the Web significantly safer using a VPN software. All data communication is encrypted and cannot fall into the wrong hands. The VPN users stay inside a safe data tunnel.

ZenMate software users have various high-performance VPN servers at more than 30 locations all over the world at their disposal. All data connections are protected by a very secure 256-bit encryption. User data cannot fall into the hands of third parties. Country as well as company-specific firewalls can be bypassed over the ZenMate servers. Aside from the standard protocols UDP and TCP via OpenVPN, the protocols L2TP/IPSec, PPTP, and SSTP are supported as well.

People who surf the Web without special protection are sitting ducks. The unprotected user data can be intercepted effortlessly by governments, authorities, and hackers. Countless companies gather personal data and use these for tailor-made advertisement. This makes sure that users get emails or website advertisements tuned to their profile. It gets worse. Intercepted bank or credit card data can do a lot more damage than data misused for advertisement. The worse possible outcome? Users can lose a lot of money if these data fall into criminal hands.

Internet users should at least be protecting themselves from authorities and criminals today. The most effective way to do so is by using a VPN software. Such software allows Internet users to reliably protect their personal and all other data. All data transfer is hidden with a strong encryption when users go online using VPN software. Therefore, data cannot fall into the hands of authorities, companies, or criminals. Users are no longer unprotected on the Internet – thanks to a VPN client – they now browse from a secure data tunnel.

As ZenMate is based in the German capital of Berlin, the responsible organization naturally needs to comply with German privacy laws. Therefore, customers do not need lose a night’s sleep over American authorities spying on their data. The VPN software additionally uses a high-quality encryption with 256 bits. And users’ data will not fall into the hands of strangers, as the company self-maintains their entire network. The useful kill switch function is very practical for file sharing. All transfer protocols supported by the VPN software are listed in the following table.

As ZenMate manages itsown DNS infrastructure, ZenMate users benefit from additional masking of their surfing behavior. This anonymization is additionally strengthened by DNS leak protection, which continuously checks the network for DNS leaks. ZenMate users who value secure and anonymous payment can pay for their subscription using PayPal. All important ZenMate security features are listed in the following table.

ZenMate users have VPN servers in 30 countries at their disposal. We measured very high download test speeds of up to 61 Mbit per second. The upload speed also more than convinced us with a maximum of 45 MB/s. Both values are stellar compared to other VPN providers. The VPN software is excellent to stream UHD content with unlimited data volume.

The VPN servers of ZenMate wins its users over with very high performance and a low ping of only 2 ms. Users benefit from low latency thanks to high server density. Therefore, the ZenMate software is excellently suited for online gamers. The average time to connect is 7 seconds. All ZenMate performance indicators managed to convince us during our long-term tests. All important performance data of the VPN provider can be found in the following table.

ZenMate software started as a browser extension. Therefore, it is very easy to intuitively install and operate the VPN client. The software is downloaded, installed, and activated within a few minutes. Aside from the VPN client, ZenMate also offers an ad-blocker for browsers and an optimization tool for mobile devices. ZenMate software can be used on all mobile devices running on Android or iOS using their app. The following table offers an overview of all compatible devices and platforms.

The ZenMate website contains an extensive knowledge database with a lot of important information regarding the operation and configuration of ZenMate. Users can always contact customer support if they require more assistance. They can do so through the knowledge database or directly from the VPN software.

ZenMate customers have a multitude of servers at their disposal at more than 30 locations. These stand out with very high speeds of up to 61 MBit/s when downloading and 45 Mbit/s when uploading. The users benefit from a high-quality encryption and can use the kill switch function. As the VPN provider is based in Germany, it needs to record and store some data. On the other side, ZenMate operates its network with its own DNS infrastructure, making sure that nobody can access the user data. ZenMate is very well-suited for beginners and for streaming thanks to its easy operation and high transfer rates.

The high-performance VPN software functions on all common desktop computers and can be used as an app on mobile devices. The VPN client from ZenMate can be paid using classic payment methods or users can alternatively pay securely and anonymously using PayPal. Users can contact the friendly customer support through the software or knowledge database. Customers who are still undecided can test the software out for 14 days and get their money back if they are not satisfied.